The day after Christmas, the Professor, Charlie and I were restless. After spending several days visiting with friends and family, driving back and forth from Germantown and Mississippi, eating, and filling our days with joy and laughter, we found ourselves a little bored with just ourselves. Our holiday hoopla had come to a screeching halt and we didn’t know what to do. So, we headed to the beach!

We had toyed with the idea of going down south sometime over our holiday break but never made official plans. We knew we wanted sand and waves, but other than that, we were open. On Wednesday morning after a mad-dash packing session, we found ourselves in the car, armed with a map and a cooler full of leftovers. We knew we were headed toward the beach but we weren’t sure exactly which beach. Rather than ruin the spontaneity with making set plans, we headed toward I-55 and decided to decide exactly where were going later. We had at least 6 hours at that point.

Somewhere between Memphis and Jackson, MS, we decided on Dauphin Island. I had been there once before for a friend’s wedding and really enjoyed it. It is a sparse little island just south of Mobile, AL. I like it because there are very few hotels on it; its accommodations are mostly houses on the beach or right across the narrow street from the beach. There are few stores and no gaudy souvenir shops, go-cart joints, water parks, or really anything for that matter. Just houses, a few restaurants, a grocery/bait store, and a smattering of hotels. Fortunately, we got a room at one of these hotels because affording a whole house at Christmas was not possible. The downside to all of this isolation is that in winter, only half of the establishments are actually open, and if it rains, there is not much to do.

On Thursday, we woke in our hotel to a chilly morning, but were happy to enjoy warmer weather as the day went on. We spent our day walking on the beach, enjoying a lovely bakery for a late breakfast, napping, reading, and more walking on the beach. Charlie wasn’t quite sure what to do with himself. The sensation of sand between his toes was something that took him a while to get used to. He eventually came around and enjoyed digging in the sand, squishing his toes in the sand, and the following day, he even ventured out and let us put his feet in the chilly gulf water. It only took a few rounds of waves tickling his toes to get him hooked.

Having planned to stay another day, we changed plans and headed home one day early because of predicted storms. Although it was short-lived, we had a wonderful beach trip and definitely have plans to make it back this summer. I can’t wait to see Charlie’s reaction when we dip him up to his belly in the warm ocean water. Leaving early also made it possible to make it to the annual adult Christmas festivities at the Chockley’s. And to those who care, I promise to have it at my house next year (as long as we’re not at the beach!). 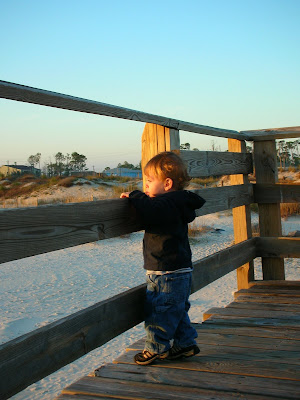 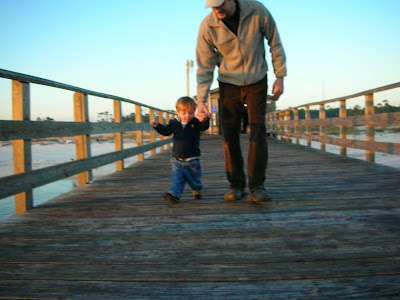 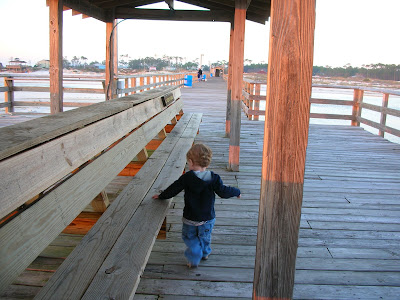 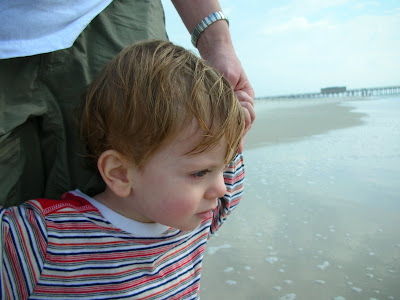 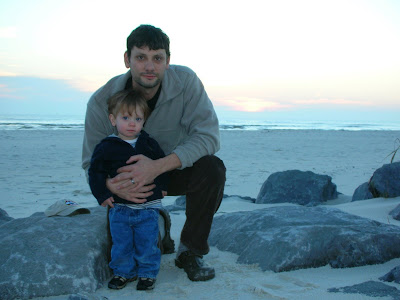 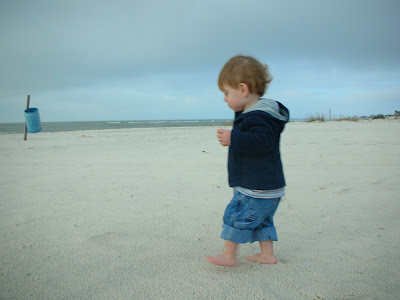 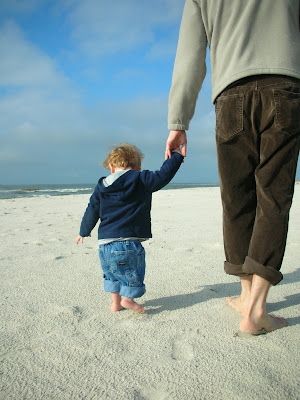 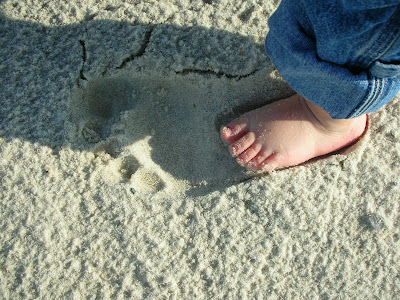 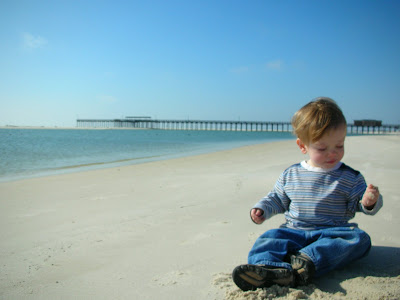 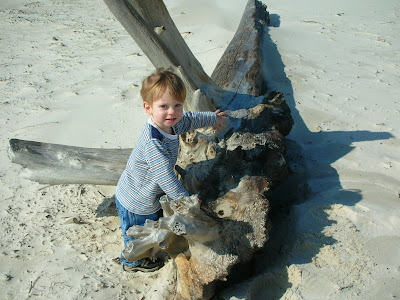